Natalizumab therapy for multiple sclerosis (MS) is most commonly associated with progressive multifocal leukoencephalopathy (PML), a common comorbidity related to disease-modifying MS therapies. This was found in a new study published in the Journal of Neuroimmunology.

Other disease-modifying treatments less commonly associated with PML were fingolimod, dimethyl fumarate, ocrelizumab, and alemtuzumab. No therapeutic agent was found to be better in improving disability following PML, the authors said.

The study also found that younger age and lower JC virus load at the time of PML were associated with a better outcome.

These findings underscore the importance of evaluating MS patients early, the authors said. An early diagnosis can be improved by evaluating patients for possible PML and monitoring them persistently if they are being treated with high-risk disease-modifying therapies.

Based on the results of this study, exposure to natalizumab should be reduced, especially in older patients, the study authors wrote. Disease-modifying therapies had a complimentary effect on relapse rate and the progression of disability in patients with MS, however it is known that they have significant risks.

In order to investigate prognostic factors that can determine outcomes in patients with MS and PML, a team of researchers led by Evanthia Bernitsas, MD, conducted a literature review and meta-analysis of 194 patients from 62 published articles.

The researchers found that the Expanded Disability Status Scale (EDSS) score of 81% of the patients worsened by at least 1 point from the time of PML diagnosis. The rest of the patients had either improved or stable EDSS scores. Statistical analysis demonstrated that older age at the time of PML diagnosis was associated with a higher probability of worsening EDSS scores. 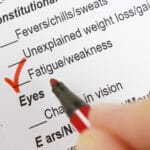