An updated literature review of the safety of disease modifying treatments (DMTs) in pregnant women with multiple sclerosis (MS) demonstrated that glatiramer acetate (GA) and interferon beta (IFN-β) are safe during pregnancy and breastfeeding.

The study also recommends the use of natalizumab until 34 weeks of pregnancy for patients requiring continual treatment. Suggested resumption of postpartum natalizumab treatment is 8 to 12 weeks after the last dose at 34 weeks.

Although some recent data reveal that DMTs with known teratogenicity in animal studies have pregnancy outcomes equivalent to the general population, recommendations to avoid teriflunomide and fingolimod during pregnancy and breastfeeding still stand. Drug use guidelines recommend adherence to wash-out times for potential teratogenic DMTs such as cladribine, alemtuzumab, and ocrelizumab.

Lastly, scant current evidence supports the use of dimethyl fumarate during pregnancy. Therefore, it is not recommended and should be used only if the benefits of treatment outweigh the risk to the fetus.

GA and IFN-β are the 2 currently recommended DMTs for pregnant women with MS. The high molecular weights of these interventions render placental barrier crossing unlikely. Large cohort studies which investigated these DMTs revealed no significant teratogenic abnormalities or spontaneous abortions which differed from normal population rates.

An estimated 0.006% of the maternal dose of IFN-β passed to infants via breast milk with no reported adverse events in their first year of life. For breastfeeding, limited data is available on GA. In a study of 34 breastfeeding women on GA, investigators detected no adverse events.

Researchers concluded that teriflunomide or its parent compound, leflunomide, did not demonstrate teratogenic effects differing from general population rates. No current evidence covers the safety of fetal exposure to teriflunomide during the second or third trimesters of pregnancy. Recommendations for unexpected pregnancies while taking teriflunomide include immediate cessation of treatment or an accelerated elimination procedure using activated charcoal or cholestyramine. Teriflunomide is not recommended during breastfeeding due to its small molecular weight.

The FDA recommends stopping fingolimod 2 months prior to conception. If there is an unexpected pregnancy, patients should immediately stop treatment, and clinicians should monitor the pregnancy due to reports of twice the normal risk of birth defects in infants exposed to fingolimod.

Current guidelines recommend that women with severe MS relapses switch from fingolimod to natalizumab prior to pregnancy. Breastfeeding is not recommended due to fingolimod’s excretion in breast milk.

Cladribine inhibits DNA synthesis and causes suppression of rapidly dividing cells and has demonstrated teratogenicity and embryonic lethality in animal studies. Guidelines recommend 6 months of birth control after the last dose of cladribine. This DMT should be avoided during pregnancy and breastfeeding.

Alemtuzumab carries major concerns of autoimmune thyroiditis development during pregnancy, risk of premature birth, preeclampsia, reduced birth weight, and infant neurocognitive impairments. While alemtuzumab doesn’t cross the placental barrier during the first trimester, recommendations include effective birth control during and for at least 4 months following use.

Current recommendations for use of ocrelizumab include 12 months of birth control, or, at minimum, 6 months after the last infusion. Breastfeeding is not recommended for at least 6 months after the last dose. B-cell count in infants born with exposure to ocrelizumab should be monitored. In cases of decreased B-cells, infant vaccination should be postponed until B-cell count reaches normal levels (usually in 6-10 months).

Natalizumab does not cross the placental barrier until the second trimester. Researchers detected hematological alterations, including anemia and thrombocytopenia, in newborns following the use of natalizumab throughout the second and third trimesters.

MS primarily affects women aged between 20 and 40 years old. There is evidence that these women with MS, especially those with particularly active forms of MS prior to conception, have an increased relapse risk within the first 3 to 4 months following delivery.

Therefore, updated reviews on safety and recommendation guidelines for current DMTs are critical to improving maternal outcomes by reducing CNS lesion formation and lowering the incidence of postpartum relapses and MS severity.

“Thanks to large observational studies and data from pregnancy registries, the evidence of potential fetotoxicities and adverse pregnancy outcomes associated with DMTs is increasing,” the researchers wrote. “However, more research is needed to evaluate the safety of drugs and to track long-term health outcomes for the mother and the child.” 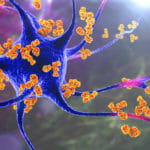