Ahmed and colleagues reported research findings that support the involvement of meningeal lymphocytes in subpial cortical injury in patients with progressive multiple sclerosis (MS). The study was published in JCI Insight.

Studies have previously linked subpial cortical lesions to MS. The extent of cortical injury plays a key role in determining disease progression, including parameters such as physical and cognitive deterioration. Scientists have theorized that this injury could be driven by immune cells in a compartmentalized immune response that occurs within the inflamed meninges of the brain. Hence, a correct understanding of subpial cortical injury is critical for the development of new MS therapies.

The authors of the study decided to investigate the relationship between meningeal T cell, B cell, and myeloid cell accumulation, the extent of subpial demyelination, and the state of subcortical white matter lesion activity. They achieved this by using postmortem formalin-fixed paraffin-embedded tissue blocks collected from 27 patients with progressive MS during a rapid autopsy at the Netherlands Brain Bank.

The results demonstrated that high densities of meningeal T cells and B cells were associated with cortical subpial demyelination in cases of progressive MS. In addition, Ahmed et al confirmed that meningeal lymphocytes were linked to white matter lesion activity in progressive MS.

The research team noted that in progressive MS, no topographical or numerical association existed between meningeal myeloid cell density and white matter or subpial pathology. They also reported that meningeal T cell and B cell densities correlated with the extents of active and mixed active-inactive white matter lesions, as well as subpial gray matter lesions, in cases of progressive MS. 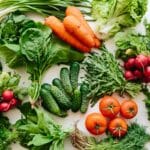