A high frequency of iron deficiency has been observed in women patients with multiple sclerosis (MS), according to an abstract from the upcoming American Society of Hematology (ASH) Annual Meeting and Exposition.

Of the 94 female patients with MS whose ferritin levels were checked, 60% had current or previous iron deficiency. These results were in contrast to only 4 out of 20 male patients with MS tested in the study, Sarah Patel, MD, of Oregon Health and Science University in Portland, and colleagues reported.

Gastrointestinal (GI) findings including, rectal cancer, adenomas, esophagitis, gastritis, large hiatal hernias, inflammatory bowel disease, H. pylori infection, and bariatric surgery, were the main cause of iron deficiency in 15 of the 56 female patients. Obstetric and gynecological sources were identified in 12 patients, although 3 patients had both GI and obstetric/gynecological sources, the researchers found.

Iron deficiency has been previously associated with “more severe depressive symptoms and poorer quality of life,” in patients with MS, the authors noted. Iron deficiency and MS have some shared symptoms, including fatigue, cognitive dysfunction, and restless leg syndrome, they added.

“Recognizing and treating iron deficiency is important in MS patients and may play a role in improving quality of life,” the authors said.

Intravenous iron products, including iron dextran, iron sucrose, ferumoxytol, and ferric carboxymaltose, were given to 22 of the women with iron deficiency. Progressive MS symptoms developed in 4 of these patients and necessitated a change in therapy.

A total of 307 patients with MS were identified for the study between January 2017 and December 2021. There were 104 males and 203 females included in the study. The average age for the men was 50.7 years, while the average age of the women was 48.5 years at the time of the study. 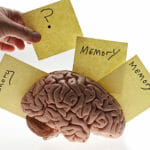