A new study published in Applied Neuropsychology: Adult investigated the relationship between fall status, cognitive function, and the volume of cerebellar regions in patients with multiple sclerosis (MS). The results showed that the patients in the faller group performed significantly worse on all cognitive tests (P <.05 for all tests) than the non-faller group.

The faller group also performed worse on tests of balance and mobility. The study did not show a significant difference between the cerebellar lobule volumes of the 2 groups, however.

Network analysis using an artificial intelligence-based method did suggest a possible relationship between cognitive dysfunction and changes in cerebellar volume. Based on the study results, the authors suggested that “longitudinal follow-up of the cerebellar lobule volumes may lead to better understanding of cognitive dysfunction in MS patients presenting with falls.”

There were 106 patients with relapsing-remitting MS (RRMS) analyzed in this study, including 39 men (36.8%) and 67 women (63.2%). The patients were divided into 2 groups (fallers or non-fallers) based on whether they had 2 or more self-reported falls within the last year. A total of 37 patients were categorized as fallers (14 men and 23 women), while the remaining 69 were categorized as non-fallers (21 men and 48 women).

Patients were then tested on a variety of cognitive, balance, and mobility skills including the Montreal Cognitive Assessment Test, Nine Hole Peg Test, Symbol Digit Modality Test, Berg Balance Scale, Timed 25-Foot Walk, and Timed Up and Go Test. The patient’s fear of falling was also assessed using the Falls Efficacy Scale-International. Magnetic resonance imaging scans and volumetric analyses were performed to investigate cerebellar structures and volumes. For the network analysis, the JASP program was used to determine the structural relationships between variables and visualization processes. 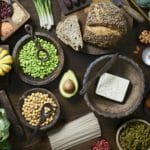