Researchers report excellent results from a randomized controlled trial assessing the efficacy of partial body weight-supported treadmill training (PBWSTT) as an adjunct to specialized physical therapy in juvenile myasthenia gravis (MG), as published in Medicina. The results show improvements in all pulmonary function tests and neuromuscular functions after 12 weeks of training.

The research team included 30 patients aged 13 to 16 years with mild-to-moderate juvenile MG. The children were randomly assigned into 2 groups, both of which received specialized physical therapy for juvenile MG, and 1 group also received PBWSTT.

Pulmonary function tests and neuromuscular functions including walking endurance, fatigue, balance, and health-related quality of life were assessed before and after 12 weeks of the therapy.

The intervention was tolerated well by all patients. Significant improvements were found in all measured variables in both treatment groups, particularly in terms of fatigue, muscle strength, and pulmonary function tests, all of which contributed to improved quality of life, and even greater improvements were observed in the group that received PBWSTT in addition to the usual physical therapy for juvenile MG.

The authors hypothesize that the exercises increased skeletal muscle mass, mitochondria, lactase degradation, and increased neuromuscular transmission efficiency, among other benefits. The greater benefits observed in the PBWSTT group are likely to be due to the combined effects of the 2 training programs. 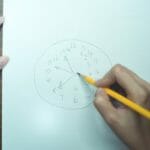