Aubagio® (teriflunomide), an immunomodulatory drug, could become a potential novel treatment for patients with myasthenia gravis (MG), according to a study recently published in Cellular and Molecular Neurobiology.

“The data presented herein suggest that teriflunomide may be a suitable candidate for use in MG patients and even in chronic inflammatory neuromuscular diseases owing to its widespread effect on the immune system and its low side effects,” the authors wrote.

This experimental study divided mice into 3 groups. Cohort 1 had a total of 21 mice, which received immunization with acetylcholine receptor (AChR) for 3 doses to mimic MG. Then, the researchers administered teriflunomide 10 mg/kg/day, with an intraperitoneal injection, while continuing the immunizations. Group 2 consisted of 19 mice and only received the AChR vaccine. Finally, group 3 was made up of 10 control mice, who only received a mock immunization.

Teriflunomide, and its prodrug, leflunomide, are irreversible inhibitors of the mitochondrial enzyme dihydroorotate dehydrogenase, consequently impairing the pyrimidine de novo synthesis and reducing B and T cell quantities. Both drugs are already part of the therapeutic options for rheumatoid arthritis.

“In conclusion, our study shows that teriflunomide has clinical benefits and prevented the progression of the disease in a murine model of MG through different possible mechanisms, including suppression of immune responses by reducing the number of cytokine-producing T cells by changing the functions of plasma cells and by leading selective changes in anti-AChR antibody quantities and types,” the authors wrote. 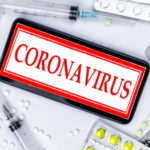