Depression, anxiety, and bipolar disorder are the top 3 mental health conditions affecting people diagnosed with myasthenia gravis (MG), according to a new study by researchers by TREND Community in Philadelphia, Pennsylvania.

This is based on a new method of real-world data collection called social listening where what is being said on the internet is identified and assessed and is important because it can help explain the potential effect of being diagnosed with a rare disease on patients’ mental health and disease management, “which typically is not explored in traditional approaches,” they said.

Collecting data from 3 sources on Reddit about MG and using TREND’s analytics engine Krystie™, the researchers found that around one-quarter of all conversations included discussions about mental health.

Read more about the diagnosis of MG

“In the context of rare disease, for which real-world information is often limited, the ability to interrogate social media conversation data can be valuable to patients and their caregivers, physicians, researchers, and pharmaceutical developers,” they wrote.

The study was presented at the World Orphan Drug Congress held in Boston, Massachusetts July 11-13, 2022. TREND Community is a software company that leverages social media to better understand the burden of rare and chronic diseases. 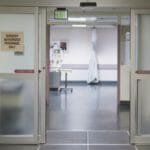