Researchers developed a new chimeric autoantibody receptor that could specifically target B-cells producing anti-muscle-specific tyrosine kinase (MuSK) antibodies. The receptor that the researchers called MuSK-CAART features CD137-CD3ζ signaling domains and has the advantage of avoiding chronic immunosuppression. In the future, it could be used for the treatment of MuSK+ myasthenia gravis (MG), the researchers noted.

The study is published in Nature Biotechnology.

Read more about the types of MG

The team led by Aimee S. Payne, PhD, from the department of dermatology at Perelman School of Medicine at the University of Pennsylvania in Philadelphia, showed that MuSK-CAART was as efficient as anti-CD19 chimeric antigen receptor T cells in depleting anti-MuSK B cells. Moreover, it could maintain its activity even in the presence of soluble anti-MuSK antibodies.

The researchers also tested the efficacy of MuSK-CAART in a mouse model of MG and found that it reduced anti-MuSK IgG without decreasing B cells or total IgG levels. This, they said, demonstrates its ability to deplete MuSK-specific B cells.

There were no specific off-target interactions of MuSK-CAART in vivo or in primary human cell screens. They also saw no off-target effects in high-throughput human membrane proteome arrays.

“These data contributed to an investigational new drug application and phase 1 clinical study design for MuSK-CAART for the treatment of MuSK autoantibody-positive MG,” the researchers wrote.

MG is a rare autoimmune disease affecting the neuromuscular junction. Various autoantibodies can attack and damage receptors found on the surface of muscle cells ​that receive impulses from nerve cells. These include autoantibodies against the nicotinic acetylcholine receptor, MuSK, and lipoprotein-related protein 4. The end result is a reduction in electrical impulse transmission across the neuromuscular junction and muscle weakness and generalized fatigability. 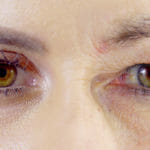 MEP Analysis of Muscle Biopsies May Be Useful in MG Diagnosis