Myocardial injury appears to be common in hospitalized patients with myasthenia gravis (MG) and is an independent risk predictor for death. Therefore, surveillance of cardiac injury biomarkers such as troponin T (TnT) could benefit these patients, a study showed.

MG is classically associated with skeletal muscle dysfunction. However, recent studies suggest it could also cause abnormal baroreflex sensitivity, leading to blood pressure and heart rate abnormalities, the researchers noted.

Furthermore, the presence of striational antibodies has been suggested to mediate myocarditis in patients with MG. A recent systematic review revealed that approximately half of the patients with MG and myocarditis die during hospitalization, they added.

The paper was recently published in the Journal of Clinical Medicine.

Moreover, the multivariate regression model revealed that patients with severe infections, older age, myasthenic crises, and thymoma were likely to have elevated TnT levels. There was no significant correlation between MG classification (ocular or generalized) and TnT levels.

Regarding final outcomes, 37 patients of the 336 patients included in the study died during the course of the hospitalization. Of this group, 100% had elevated TnT levels.

Infection was present in over 90% of these patients, and thymoma in over 50%. Statistical analysis showed that elevated TnT levels were an independent risk predictor of death.

“In our study, we provided evidence that myocardial injury is not unusual in patients with MG,” the authors wrote.

“Therefore, the timely measurement of TnT levels may be beneficial. Careful attention should be paid to myocardial injury in MG patients,” they continued.

﻿The authors recommend performing a prospective study to verify the finding of the present study. 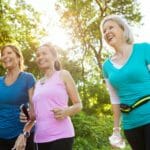 Self-Efficacy May Impact Quality of Life in Patients With MG