Anti-IL-23 treatment improves the clinical symptoms of myasthenia gravis (MG) in preclinical models of the disease, found a new study published in the Journal of Neuroinflammation. According to the authors of the study, a therapy targeting IL-23 could also lead to “significant clinical amelioration” in patients with the disease but more research is needed.

It is known that the inflammatory IL-23/Th17 pathway plays a role in the pathology of MG, the study authors noted.

Read more about the pathophysiology of MG

In the present study, a team of researchers led by Nadine Dragin, PhD, from the University of Sorbonne in Paris, France, assessed whether targeting IL-23 could be a new therapeutic approach in MG.

To this aim, the researchers used 2 preclinical models of the disease that complement each other. The first was the classical mouse model of MG based on active immunization while the second was a humanized mouse model to which human MG thymuses were engrafted.

The researchers found that anti-IL-23 treatment reduced inflammation and the production of anti-AChR IgG2b antibodies in the classical model. Moreover, it activated the transduction pathway involved in muscle regeneration. Finally, it improved signal transduction at the neuromuscular junction.

In the humanized model, treatment with anti-IL-23 reduced the pathogenic Th17 cell population as well as the expression of genes that play a role in the stabilization of ectopic germinal centers and B-cell development in human MG thymuses.

The researchers concluded the anti-IL-23 treatment “may promote significant clinical ameliorations in AChR+ MG disease due to concomitant beneficial effects on the thymus and skeletal muscle defects”. 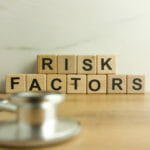