Researchers described the first case in Malaysia of a 1-day old baby with carnitine palmitoyltransferase deficiency type 2 (CPT 2), 1 of 6 types of long chain fatty acid oxidation disorders (LCFAODs), as published in the Medical Journal of Malaysia.

The researchers reported a baby girl who was managed at the Sultan Abdul Halim Hospital in Sungai Petani, Malaysia. She was unresponsive, lethargic, hypoglycemic, and had cyanosis. They suspected a fatty acid oxidation defect based on the presence of persistent nonketotic hypoglycemia, hyperammonemia, and cardiomyopathy.

Blood tests revealed that she had a slightly raised leukocyte count. A panel of inborn errors of metabolism showed that she had raised ammonia, lactate, and creatinine kinase. Moreover, she had high methionine and tyrosine levels suggesting liver dysfunction.

“This profile is very suggestive of long-chain fatty acid oxidation either [carnitine-acylcarnitine translocase] or CPT 2 deficiency,” the researchers wrote. The patient and both her parents were genetically tested and the parents were shown to both be carriers of the same mutation in the CPT2 gene as the patient.

The baby’s calorie intake was increased to 140 to 190 kcal per kg per day, which improved her condition. However, she later contracted nosocomial pneumonia, which was followed by methicillin-resistant Staphylococcus aureus sepsis and respiratory failure. She succumbed to death 28 days later.

“In this publication, we intend to highlight persistent and unexplained lethargy, vomiting, poor feeding, seizure, altered sensorium, and failure to gain weight are some red flags for [CPT 2] deficiency,” the researchers concluded, and that an investigation towards CPT 2 deficiency “requires a high degree of suspicion.” 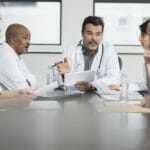