Carnitine palmitoyltransferase 2 (CPT2) deficiency can be associated with multiple symptoms and clinical features, according to a new case study published in the Iranian Journal of Child Neurology.

Molecular analysis evaluating CPT2 deficiency can therefore be useful in cases of unexplained icteric appearance, muscle weakness, and rhabdomyolysis, according to the authors of the study.

When CPT2 is deficient, the carnitine molecule cannot be removed and long chain fatty acids cannot be metabolized. Instead, they accumulate inside the mitochondria to toxic levels causing symptoms such as muscle weakness, abdominal pain, headache, hepatomegaly, rhabdomyolysis, and seizures, among others.

The case presented here is that of a male patient, age 10, who had hearing loss in both ears. He was admitted to the hospital with a headache, vomiting, and fever. He then developed seizures, muscle weakness, stiffness and pain in the neck, mild respiratory distress, and jaundice.

Read more about the symptoms of LCFAOD

Laboratory tests showed he had high levels of lactate dehydrogenase, creatine phosphokinase, and bilirubin. His heart and liver were normal and he had no neurologic symptoms. Muscle biopsy revealed no neuromuscular or mitochondrial disorder or storage disease.

“Evaluation of CPT2 deficiency with molecular test analysis may be helpful in suspected cases despite normal muscle biopsy and serum acylcarnitine profile,” the researchers concluded. 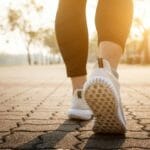