Researchers developed a new cell line that does not express any very long-chain acyl-CoA dehydrogenase (VLCAD) proteins, which allowed them to determine the pathogenicity of many variants of uncertain significance found in patients with suspected VLCAD deficiency, a type of long chain fatty acid oxidation disorder (LCFAOD). They published their results in the Journal of Inherited Metabolic Disease.

“This model will allow for high throughput assessment of the function of [variants of uncertain significance] in multiple genes for disorders identified through [newborn screening],” the researchers from the University of Pittsburgh Medical Center Children’s Hospital in Pennsylvania said.

VLCAD deficiency is caused by a mutation in the ACADVL gene, and it is one of the diseases tested during newborn screening. However, following positive newborn screening results suggestive of VLCAD deficiency, confirmatory sequencing of the ACADVL gene often identifies variants of uncertain significance. This means that the diagnosis remains uncertain and patients cannot be treated efficiently.

Here, a team of researchers led by Jerry Vockley, MD, PhD, FACMG, developed a HEK293T cell line in which the ACADVL gene was knocked out using clustered regularly interspaced short palindromic repeats/Cas9 genome editing. They confirmed that the cells expressed no VLCAD protein and that enzyme activity was decreased by 84%, and then transfected these cells with plasmids containing ACADVL variants as well as control ACADVL gene.

The researchers confirmed that these cells had protein and enzyme activity levels comparable to fibroblasts obtained from patients with VLCAD deficiency with the same variants.

“Our functional expression system in combination with molecular modeling serves as the beginning of a personalized medicine approach that will ultimately allow better targeted therapies for patients,” the researchers concluded. 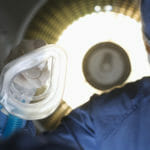