“Our results identify mRNA as a viable therapeutic option for VLCAD [deficiency],” the study authors wrote.

They found that the transfection of hVLCAD mRNA led to high levels of VLCAD protein expression in all 3 cell types. This protein localized to the mitochondria and led to increased enzyme activity.

The administration of LNP-VLCAD to the bloodstream of VLCAD knockout mice led to the production of a significant amount of VLCAD protein in the liver of the animals. This was sustained for more than a week, and these animals had reduced hepatic steatosis and were more resistant to cold stress compared to control untreated animals. Moreover, the accumulation of toxic metabolites in their blood was reduced compared to untreated mice.

“Results from this study support the potential for hVLCAD mRNA for treatment of VLCAD deficiency,” the researchers concluded.

Therapeutic options are limited for all types of LCFAOD, including VLCAD deficiency making them good candidates for mRNA therapies. 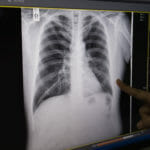 Fetal Malformations May Be an Indicator of Select LCFAODs