During the study, the accumulation of certain VLCFAs led to apoptosis in several cell types, including Chinese hamster ovaries (CHOs), neural crest-derived pheochromocytoma cells (PC12), and immortalized adult Fischer rat Schwann cells (IFRS1). Of the VLCFAs tested during the study, they ranged from C16:0 to C25:0. Notably, C20:0 was the most cytotoxic to the cells.

The study was published online in the journal Biochimica et Biophysica Acta: Molecular and Cell Biology of Lipids.

“We found that a certain kind of VLCFAs extensively accumulated in cellular lipids and displayed strong cytotoxicity. We also demonstrated that peroxisomes are pivotal in the detoxification of apoptotic VLCFAs by preventing their accumulation,” the authors said.

Uptake of the VLCFAs was much higher in the wild-type CHOs compared to the peroxisome-deficient cells. However, the accumulation inside the cells was much higher in the CHO-zp102 cells. The VLCFAs tended to accumulate in the cellular lipids. The increased accumulation resulted in morphological changes in DNA in the peroxisome-deficient cells, including condensed chromatin and fragmentation.

Cells were incubated in solutions with VLCFAs, including C16:0, C18:0, C20:0, C22:0, C23:0, C24:0, C25:0, and C26:0. VLCFAs have previously been difficult to dissolve in solution, but the researchers were able to use small amounts of isopropanol to increase their solubility in aqueous solutions. 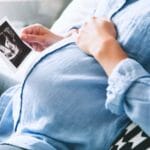