An article recently published in the Journal of Affective Disorders reported that long chain fatty acid oxidation disorder (LCFAOD) and other diseases affecting the metabolism of acylcarnitine (AC) could be possible causal agents of depression.

These results confirm that circulating plasma ACs are directly determined by genetics. In the case of LCFAOD, the genetic correlation is strong.

“These studies reported chain length-unspecific associations at loci harboring ACs transporters, such as the organic cation transporters SLC22A4 and SLC22A5, or co-enzymes involved in beta-oxidation, such as ETFDH,” the authors explained.

“In contrast, enzymes with narrower substrate specificity, such as the short-, medium-, and long-chain acyl-CoA dehydrogenases ACADS, ACADM, and ACADL that are involved in beta-oxidation, show more specific association patterns for the respective AC species, resulting in the stronger genetic correlations observed here.”

Although there is still a need for further research to determine the specific role of LCFAOD in the physiopathology of depression, the findings of this study suggest a general link between higher levels of medium- and long-chain ACs and the disease.

“Accumulation of medium-chain acylcarnitines is a signature of inborn errors of fatty acid metabolism and age-related metabolic conditions. Our findings point to a link between altered mitochondrial energy production and depression pathogenesis,” the authors concluded. ”Acylcarnitine metabolism represents a promising access point for the development of novel therapeutic approaches for depression.” 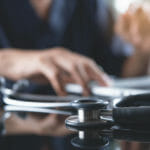