Malformations in the heart and kidney of a fetus and consanguinity between parents could be a sign of carnitine palmitoyltransferase II (CPT II) deficiency, a type of long chain fatty acid oxidation disorders (LCFAOD), according to a case study published in BMJ Case Reports.

Since neonatal CPT II deficiency has a poor prognosis, early detection of the disease is of great importance. “Neonatal management can be more streamlined if an antenatal diagnosis can be made,” the study authors wrote.

Read more about the etiology of LCFAOD

“Antenatal detection of polycystic kidney disease should raise the suspicion of CPT II deficiency, especially with a history of parental consanguinity or recurrent fetal losses,” they added.

The case presented here is that of a female baby born to term. An ultrasound scan at 20 weeks showed nephromegaly on both sides with echogenic kidneys, as well as cardiomegaly. A follow-up scan at 29 weeks revealed the presence of cysts in the left kidney.

The baby was fed with breastmilk and top-up milk at birth but developed hypoglycemia at 18 hours of life. This was followed by seizures, hypotension, refractory arrhythmias, kidney failure, and intracerebral hemorrhage, following which supportive care was withdrawn and the patient succumbed to death at 2 weeks of life.

The researchers concluded that cerebral dysgenesis, polycystic kidney, disease, or cardiomyopathy detected antenatally could be a sign of CPT II deficiency, especially in case of parental consanguinity and recurrent fetal losses or neonatal deaths.

CPT II deficiency is one of 6 types of LCFAOD caused by a mutation in the CPT2 gene.

The mutation leads to the activity of CPT II being reduced causing carnitine not to be removed from long-chain fatty acids once inside the mitochondria, consequently impairing their metabolism. 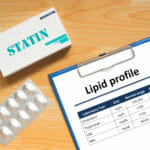