Researchers discovered that medium-branched-chain fatty acids and C7 (the active ingredient of triheptanoin) are anaplerotic in patient cells that are deficient in medium-chain acyl-CoA dehydrogenase (MCAD), according to a new study published in Molecular Genetics and Metabolism and being presented at the Society for Inherited Metabolic Disorders 43rd Annual Meeting.

MCAD deficiency is one of the most commonly occurring fatty acid oxidation disorders (FAODs). Similar to other FAODs like long chain fatty acid oxidation disorder (LCFAOD), it results in an imbalance in tricarboxylic acid cycle intermediates. Since the discovery of the use of triheptanoin in treating LCFAODs, studies have been conducted to test its use to treat other diseases, such as Huntington’s disease and Rett syndrome.

Mohsen and colleagues hypothesized that hypoglycemia is triggered by a limited supply of succinyl-CoA, and that MCFAs can serve as therapeutic molecules for MCAD deficiency since they rely on long-chain acyl-CoA dehydrogenase (LCAD) for their metabolism and bypass MCAD.

The results from their study demonstrated that MCFAs and C7 resulted in improvements oxygen-consumption rate parameters in the MCAD deficient cell lines. They obtained further evidence that MCAD deficient cells were able to utilize C7 by observing the ability of their extracts and purified recombinant human short-chain acyl-CoA dehydrogenase to reduce electron transfer flavoprotein fluorescence in the presence of C7-CoA.

These results demonstrate that medium-branched-chain fatty acids and C7 are anaplerotic in MCAD-deficient patient cells and that they can positively impact gluconeogenesis. The findings reported “provide the impetus for a clinical trial using triheptanoin to treat MCAD deficiency,” Mohsen and colleagues wrote. 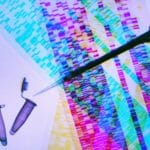