Patients with interstitial lung disease, including idiopathic pulmonary fibrosis (IPF), who have a surfactant-related gene (SRG) mutation experience progressive loss of lung function with reduced survival despite treatment, according to a study published in Chest.

Interstitial lung diseases such as IPF are characterized by inflammation and fibrosis of the lung. Studies reveal that many adult patients with interstitial lung diseases have SRG mutations; these genes are involved in producing surfactant fluid by alveolar epithelial type 2 cells. However, there has been no aggregated data on disease course and treatment response in patients who carry an SRG mutation.

A number of clinical parameters were examined, including functional vital capacity, diffusing capacity of the lungs for carbon dioxide, age at diagnosis, smoking status, and survival data, among others. In addition, pulmonary function tests were assessed to determine treatment response.

“Treatment of adults with an SRG mutation may have a favorable effect on slowing lung function decline; however, more research is needed to determine the best and perhaps gene-specific treatment approach for each individual patient,” the authors concluded. 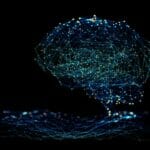