Researchers reported that sumo specific protein 1 (SENP1) plays an important role in the progression of idiopathic pulmonary fibrosis (IPF) and may hence be a potential target for treating the disease. Their findings were published in Cell Communication and Signaling.

Currently, not much is known about the etiology and progression of IPF. Scientists have proposed that the core event driving IPF progression is the proliferation of myofibroblasts induced by chronic injury in the alveolar epithelial cells (AECs).

“The key to IPF treatment is protecting or maintaining the repair and regeneration ability of AECs and inhibiting the accumulation of myofibroblasts,” the authors of the study wrote. 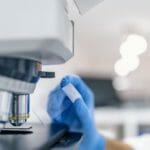