Although treatment of idiopathic pulmonary fibrosis (IPF) with pirfenidone significantly slows the decline in pulmonary function, the antifibrotic mechanism of the agent remains elusive. The underlying pathophysiology of IPF is complex and not well understood, with the disease likely triggered by repetitive microinjuries to the airway and alveolar epithelium.

A recent study utilized transcriptomic and immunofluorescence analyses of primary IPF tissues to demonstrate that myocardin-related transcription factor (MRTF) signaling is activated in myofibroblasts that accumulate in the lungs of individuals with IPF. The results of the study were published in the European Respiratory Journal.

The researchers in the current study sought to examine whether certain dysregulated molecular pathways in human lungs with IPF may be targeted by pirfenidone due to its antifibrotic activity. They used transcriptomic analyses of human samples, enabling them to observe that MRTF signaling was induced in the lungs and that the hyperactivation appeared specific to mesenchymal cells, including fibroblasts and myofibroblasts.

Additionally, complementary immunofluorescence analysis showed that MRTF activation appeared to be derived largely from α-smooth muscle actin-expressing myofibroblasts that had accumulated in the lungs with IPF.

Learn more about therapies for IPF

To further advance the current understanding of the pathobiology of human lung fibrosis, the researchers conducted genome-wide transcriptomic analyses on freshly explanted human lungs from individuals with IPF and healthy controls. Additionally, transcriptional profiles were obtained from mesenchymal cells that were isolated directly from the same lungs with the use of triple-negative sorting.

Results showed that biological processes such as cell proliferation represented by cilium-associated genes and cell movement were among the top upregulated processes observed in the lungs of individuals with IPF. Further, the cytoskeleton and its related cell motility pathways were enriched in the upregulated genes derived from IPF lungs.

The investigators indicated that their “finding that establishes [pirfenidone] as an MRTF inhibitor at the clinically achievable concentrations bridges the gap of [pirfenidone’s] pharmacological activity between bench side and bedside.”

They do note, however, that “on the other hand, since MRTF signaling is a critical regulator of mechanotransduction and the emerging evidence suggests mechanical stress as a key driver of lung fibrosis progression, it is possible that [pirfenidone’s] antagonistic action on MRTF signaling might contribute to its therapeutic efficacy.” 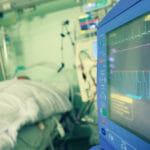