Pirfenidone treatment leads to favorable outcomes in patients with probable or possible idiopathic pulmonary fibrosis (IPF), as it does in patients with definitive disease. These findings were reached in a European MultiPartner IPF Registry (EMPIRE) analysis published in PLoS One.

In the study, a team of researchers led by Martina Koziar Vašáková, PhD, from the Department of Respiratory Diseases of the First Faculty of Medicine Charles University, Thomayer University Hospital in Prague, Czech Republic, reported on pirfenidone treatment outcomes in patients diagnosed with IPF with various degrees of certainty.

They analyzed 1626 patients from the EMPIRE. Of these, 808 were treated with pirfenidone, while 818 received no antifibrotic treatment.

Read more about pirfenidone and other therapies for IPF

The benefits of pirfenidone in overall and progression-free survival were also seen in patients with probable or possible IPF.

“This EMPIRE analysis confirms the favorable outcomes observed for pirfenidone treatment in patients with definitive IPF and indicates benefits also for patients with probable or possible IPF,” the researchers concluded.

IPF is a chronic, progressive lung disease of unknown etiology characterized by the buildup of fibrotic tissue in the pulmonary parenchyma. It usually occurs in people aged 60 years and over and has a median survival time of 3 to 4 years after diagnosis. Symptoms include dyspnea, chronic and unproductive cough, and clubbed fingers. 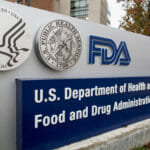