Occupational exposure to asbestos alone is not associated with an increased risk of developing idiopathic pulmonary fibrosis (IPF), according to a study published in Occupational & Environmental Medicine.

IPF is a progressive fibrotic lung disorder that impacts manual workers more than individuals in other job categories. Occupational exposure to asbestos has long been theorized to increase the risk of developing IPF. This is underlined by clinical, radiological, and histopathological reports that find similarities between asbestosis and IPF.

“Occult occupational asbestos exposure as a cause for otherwise ‘idiopathic’ pulmonary fibrosis has been an open question for at least 30 years,” the authors of the study wrote.

Studies indicate that MUC5B-expressing epithelial cells are found in the lungs in both IPF and asbestosis. One of the MUC5B promoter variants, rs35705950, has been identified to be a strong risk factor for the development of IPF; the risk is 20 times higher for individuals with 2 copies of the allele than for individuals with no copies.

The authors of the study hence sought to more clearly elucidate the link between occupational asbestos exposure and IPF. They collected data from men who were first diagnosed with IPF at any of the 21 participating hospitals across the United Kingdom between February 2017 and October 2019 (n=494). Participants were then interviewed on their lifetime occupations, smoking status, and lung health history.

The research team identified asbestos exposure in 66% of patients with IPF and 63% of controls. Their analysis indicated that occupational exposure to asbestos alone was not associated with a higher risk of developing IPF. Nevertheless, they found that the combination of asbestos exposure and cigarette smoking increased IPF risk in carriers of MUC5B rs35705950.

“Our study is the first to investigate the interaction between established environmental and genetic risk factors for pulmonary fibrosis,” the authors of the study wrote. 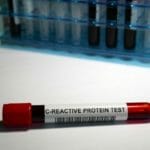