The team of researchers verified that NIF binds and inhibits signal transducer and activator of transcription 3, a known regulator of fibroblasts whose inhibition has previously been shown to reverse pulmonary fibrosis. NIF was administered to mice with pulmonary fibrosis developed by the previous administration of bleomycin (BLM) and showed an overall reduction of fibrosis, specifically by diminishing both collagen proliferation and fibrosis scores.

Moreover, NIF was able to reduce immune cells, almost reaching normal levels, and prolonged the survival rate of mice with pulmonary fibrosis. The inhibiting effect of NIF over fibroblasts was demonstrated in both transforming growth factor-β1 (TGF-β1) and BLM-induced fibroblasts.

Finally, knowing that TGF-β1 also promotes epithelial-mesenchymal transition and A549 epithelial cell migration as mechanisms for extracellular matrix proliferation, the activity of NIF was further tested, and an overall reduction of such pathways was observed.

“Given that the discovery and development of new drugs is a very long and extremely costly process, it is more attractive to repurpose ‘old’ drug treatments because they are typically low-risk compounds that may save in development costs and time,” the authors wrote. The complex pathogenesis along with the important morbidity of IPF led the authors to study an already existing drug such as NIF.

Although traditionally used as a treatment for diarrhea, NIF has been recently described as anti-inflammatory in diabetic nephropathy, suggesting a possible role in downplaying some significant mechanisms of IPF. As of today, there is no standard of care for the treatment of IPF, and the 2 drugs currently prescribed cause substantial side effects and have shown no activity on reversing pulmonary fibrosis.

“Overall, in this study, we demonstrated that NIF ameliorates and reverses pulmonary fibrosis, but a more detailed understanding of this mechanism is worth investigating,” the authors concluded. “There is currently no good treatment for pulmonary fibrosis, and our findings have revealed some strategies for its treatment.” 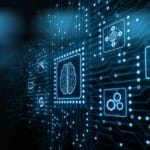