Researchers have discovered that radiomic features can be used to predict the therapeutic response of patients with idiopathic pulmonary fibrosis (IPF) to antifibrotic agents, as published in Diagnostics.

The availability of nintedanib and pirfenidone, 2 antifibrotic agents, have changed the landscape of IPF care for the better. Clinical studies indicate that the 2 drugs slow disease progression and reduce the frequency of acute exacerbations. However, it is challenging to characterize complex parenchymal abnormalities even via high-resolution computed tomography (HRCT), complicating the task of monitoring IPF disease progression.

Prediction models have been developed to predict prognosis, but none so far has been created to monitor therapeutic response. Hence, the authors of the study set out to predict the treatment response of patients with IPF to antifibrotic agents using 3D computed tomography texture analysis based on radiomics.

The results of this study indicate that selected radiomic features can enable the prediction of disease progression after treatment. “The preliminary results demonstrated that the sum entropy showed a high accuracy in predicting the [progressive disease] and that the combined sum entropy-[ground-glass opacity percentage] model further improved the overall predictive performance,” the authors said.

The significance of this study is that the prediction model developed by the research team may allow physicians to tailor their treatment strategy to individual patients. However, future studies on a larger scale are needed to further validate the robustness of the prediction model. 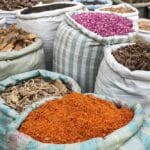 Baoyuan Decoction as a Potential Therapeutic Drug for IPF