Studies indicate that patients with IPF tend to have a poorer prognosis than patients with lung cancer. In addition, they tend to experience frequent episodes of severe dyspnea as their disease progresses, which often leads to death.

In view of this, palliative care in IPF has received increasing attention. Palliative physicians recognize that acute exacerbations of IPF, something that can cause immense suffering, are one of the few conditions that can be treated with sound palliative medicine. Studies reveal that many patients with IPF wished to discuss end-of-life issues early in their diagnosis.

The authors of this study sought to characterize palliative care received by patients with IPF who suffered from acute exacerbations. The research team also sought to understand patients’ views on the use of opioids for palliation of dyspnea and how they wanted their end-of-life care to proceed.

This study was conducted in a number of treatment centers in Japan. There were 6846 certified pulmonary physicians in Japan; the research team randomly contacted half of them and sent them questionnaires regarding the issue at hand. Out of the 3423 invitations that were sent, the researchers received responses from 1226 participants.

The findings of this study revealed that opioids were administered for dyspnea in nearly two-thirds of patients with IPF suffering from acute exacerbations. In addition, the study found that an overwhelming majority of patients (81.1%) felt that end-of-life discussions before the onset of acute exacerbations were appropriate; meanwhile, 56.5% of patients felt that those conversations were appropriate after hospital admission.

“Among the IPF patients who died of [acute exacerbation], the main timing of opioid use for dyspnea was after the physicians had determined that recovery was no longer expected, and [end-of-life discussions] were rarely held before the onset of [acute exacerbation],” the authors wrote. “A high-quality study is highly warranted on the efficacy of opioids for dyspnea and the appropriate timing of [end-of-life discussions] in patients with IPF.” 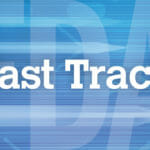