Researchers discovered that the lower airway microbiome and antimicrobial peptides in idiopathic pulmonary fibrosis (IPF) were different from those seen in chronic obstructive pulmonary disease (COPD) and controls, as published in PLOS One.

“The lower airways microbiome and host immune response in chronic pulmonary diseases are incompletely understood,” Knudsen and colleagues wrote. This is in spite of a hypothesis that suggests that a distorted microbiome population in the lower airways may be involved in the pathogenesis of both IPF and COPD.

The researchers hence decided to investigate the microbiome difference between those seen in IPF, COPD, and controls. The research team studied the oral and lower airway microbiome population, the secretory leucocyte protease inhibitor, and human beta defending 1 and 2 (hBD-1 and hBD-2) in the participants recruited.

The study was conducted at the Department of Thoracic Medicine at Haukeland University Hospital in Bergen, Norway. The researchers recruited participants from the Bergen COPD Microbiome Study. They recruited 12 patients with IPF, 12 patients with COPD, and 12 controls.

“This study has demonstrated that the lower airways microbiome and levels of lower airways antimicrobial peptides in IPF patients differed from those in COPD patients and controls.”

“Future research on modifying the microbiome in IPF patients may be a worthwhile effort in searching for treatments preventing IPF progression,” the authors concluded. 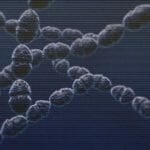