Researchers have discovered that evaluating the degree of immunoglobulin G1 (IgG1)-positive cell infiltration may yield important information regarding the prognosis of patients with idiopathic pulmonary fibrosis (IPF), and published their results in Scientific Reports.

Studies have demonstrated that various types of idiopathic interstitial pneumonia (IIP) are associated with immunoglobulin G4 (IgG4)-positive plasma cell infiltration in the lungs. However, scientists are still uncertain of the role that IgG4 antibodies play in the pathogenesis of these diseases. In fact, much of the role of both IgG4 and IgG1 in patients with IIPs remains a mystery.

“We speculated that IIPs with abundant IgG1-positive cells may have a poor prognosis regardless of the degree of IgG4-positive cells,” the authors of the study wrote.

They hence decided to retrospectively analyze the presence of immunoglobulin G-, IgG1-, and IgG4-positive cells from surgical lung biopsy specimens taken from patients with IIPs. They analyzed the samples using immunostaining.

Among the 88 patients from whom the lung biopsy specimens were taken, the most common diagnosis was IPF with 41 patients, followed by unclassifiable IIPs with 28 patients. The median follow-up period was 3.93 years. 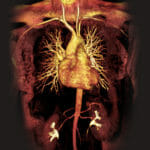