TTI-101, an oral small molecule STAT3 inhibitor, has received Orphan Drug Designation from the US Food and Drug Administration (FDA) for the treatment of idiopathic pulmonary fibrosis (IPF), according to a news release from Tvardi Therapeutics, the treatment’s developer.

“We are pleased to receive orphan drug designation from the FDA for TTI-101 for the treatment of IPF,” Imran Alibhai, PhD, chief executive office of Tvardi said.

TTI-101 has previously demonstrated a reversal of fibrosis and restoration of lung function in IPF models through its inhibition of STAT3. STAT3 has been implicated in many cellular processes that lead to the development and progression of fibrosis including clotting and coagulation of blood, migration of inflammatory cells, the proliferation of fibroblasts, and deposition of extracellular matrix proteins.

In addition to IPF, TTI-101 has also shown reversal of fibrosis in nonalcoholic steatohepatitis and scleroderma models. STAT3 has also shown an important role in oncology with a role in tumorigenesis and immune suppression. By directly inhibiting STAT3, TTI-101 has demonstrated efficacy in murine models of head and neck, lung, breast, and liver cancers.

TTi-101 is currently being investigated in a phase 1 clinical trial in patients with advanced solid tumors (NCT03195699) and will soon begin recruiting for a phase 1b/2 study (NCT05384119) investigating its effects on metastatic HR+HER2- breast cancer in combination with palbociclib and aromatase inhibitor therapy. Tvardi also plans to initiate phase 2 trials in IPF and other cancers later in 2022.

“[Orphan Drug Designation] provides further support for the development of TTI-101, which has shown promise in treating diseases in which STAT3 plays a critical role,” Dr. Alibhai said.

“Tvardi is dedicated to pursuing treatment of STAT3-driven diseases with TTI-101, beginning with a Phase 1 trial in oncology and now advancing to Phase 2 clinical trials in both IPF and oncology.” 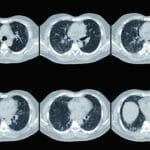