A new study reveals that deficiency in DEC1, a specific class of helix-loop-helix proteins, plays a key role in epithelial-mesenchymal transition (EMT), which underlies the aberrant fibrogenic process in idiopathic pulmonary fibrosis (IPF).

“The major findings of our study were that DEC1 was highly expressed in IPF patients and [bleomycin]-challenged PF in mice,” the researchers explained. “Moreover, Dec1 [knockout] markedly ameliorated PF in mice by inhibiting the EMT process in a BLM-induced PF model . . . These results support the notion that DEC1 plays an important role in PF.”

Previous reports have demonstrated that DEC1 is associated with EMT in cancer and that deficiency in DEC1 prevents transverse aortic constriction-induced perivascular fibrosis.

Here, the research team first measured and confirmed that DEC1 expression was clearly increased in patients with IPF as well as in a BLM-induced PF mouse model. Furthermore, they found that in the mice, BLM administration mediated changes in the PI3K/AKT/GSK-3β/β-catenin integrated signaling pathway, leading to increased EMT, which suggests that this pathway is regulated by DEC1 in the model. Finally, inhibition of DEC1 expression reduced the activation of this BLM-induced pathway, and EMT was also reduced.

The precise mechanism underlying the effect of DEC1 on the complex process of EMT has yet to be determined. The researchers plan to next explore whether DEC1 inhibits or promotes target factor expression by acting on specific protein regions. However, these results suggest an important role for DEC1 expression in the fibrogenic process, such that it might represent a new therapeutic target in IPF. 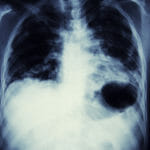