Researchers from Texas described a novel mechanism involving caveolin-1-derived 7-mer peptide (CSP7) that attenuates scarring that developed in the lungs and published their results in Scientific Reports. CSP7 could therefore be a potential treatment for diseases like idiopathic pulmonary fibrosis (IPF), which are characterized by lung scarring.

Using a mouse model of pulmonary fibrosis, the team found that p53 and autophagic proteins were markedly upregulated in the alveolar epithelial cells of the animals.

Finally, mice that were missing p53 in their alveolar-epithelial cells did not respond to changes in autophagy proteins caused by silica or bleomycin, which are normally used to induce scarring in the lungs of the animals to serve as models of pulmonary fibrosis. These mice did also not respond to treatment with CSP7 treatment confirming that CSP7 acts through p53.

“Our study identifies CSP7 as a promising candidate for the treatment of dysregulated autophagy reported in various diseases including IPF,” the researchers concluded. 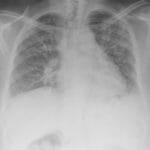 SH2 Superbinder as a Novel Treatment for IPF