Findings from a study comparing the outcomes following total ankle replacement (TAR) and ankle fusion for patients with hemophilia showed significantly lower pain scores in both groups, according to a new study published in Haemophilia.

Ten out of the 11 patients who received ankle fusion successfully demonstrated bony consolidation within 3 months. Subjective outcomes using the American Orthopedic Foot and Ankle Score (AOFAS) significantly improved, with mean scores going from 28.1 to 80.3 among ankle fusion patients and from 21.5 to 68.0 in TAR patients.

“The reason to perform TAR in end-stage arthritis like in severe arthropathy of the ankle is to preserve the motion of the ankle and the physiological gait, whereas arthrodesis increases the load on adjacent joints, potentially requiring further operations,” the authors suggested.

Researchers conducted musculoskeletal assessments including range of motion, pain levels, and AOFAS outcome measures. Each patient received 6-week, 12-week, and 3-year surgical follow-up where they underwent x-rays to assess for the bony union of fusions or prosthetic integration of replacements, as well as to rule out infections.

All patients except for 2 expressed willingness to undergo the surgical procedures again and were pleased with the outcomes that provided significant pain relief. 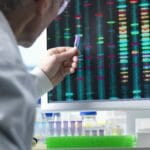 Survey: Patients With Hemophilia A Prefer Emicizumab to FVIII Prophylaxis