Despite higher education levels, people with severe hemophilia (PwSH) are employed at a lower rate than individuals in the general population, according to a new study published in Haemophilia.

The researchers found that human immunodeficiency virus (HIV) infection and poor mental and physical health contributed to the lower employment rate among PwSH.

The research team conducted a multicenter, noninterventional, cross-sectional study at 29 hemophilia treatment centers between April 2018 and February 2020. They distributed a questionnaire to 1261 PwSH between the ages of 18 and 65 years, of whom 589 responded and 1 was excluded; thus, 588 were considered participants in the study.

The remaining 674 PwSH were considered nonparticipants. Over 99% were men. The participants were generally older and more likely to have had major orthopedic interventions, HIV, and hepatitis B or C than the nonparticipants.

The results of the analysis revealed that PwSH were employed at a lower rate than expected after adjusting for age distributions, although they had higher education levels. HIV infection and poor physical and mental health contributed to the lack of occupational integration. These results are consistent with those of previous studies on patients with hemophilia in Europe.

The authors suggest that the disparity between education level and employment could be due to patients’ limited physical ability to compete for jobs and the greater likelihood of PwSH having part-time employment. The use of prophylaxis was found to have a negative indirect effect on employment. The authors emphasized the need for additional support programs that aim to help PwSH overcome challenges in occupational integration. 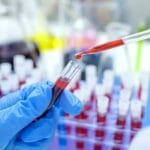