Patients with mild hemophilia can have prostate surgery as long as it is performed in a specialized center, say the authors of a study published in the journal Haemophilia.

Prostate surgery is common and poses a high risk of bleeding. Despite this, the morbidity of prostate surgery has not been evaluated in patients with hemophilia, nor have there been specific recommendations.

To assess morbidity following benign prostate hyperplasia and oncological prostate interventions in patients with mild hemophilia A or B, a team led by Julien Branchereau, MD, PhD, of the Department of Urology and Transplantation Surgery at Nantes University Hospital in France conducted an epidemiological study using data collected between January 1, 1997, and September 1, 2020.

A total of 10 patients with hemophilia underwent a prostatectomy and 1 of them had bleeding during and after the operation. Two of them needed to be readmitted to the hospital after being discharged but the remaining 8 did not have any significant hemorrhagic symptoms.

Out of 4 patients who underwent radiotherapy, 2 had a grade II complication, which were radiocystitis and radiorectitis.

Ten patients underwent benign prostate hyperplasia while they were in the hospital, 5 of them with laser-vaporization and 5 with transurethral resection of the prostate. Laser-vaporisation was less hemorrhagic than transurethral resection of the prostate. However, after being discharged from the hospital, 60% of these patients developed a hemorrhagic complication; 2 patients had to return to the hospital and 1 required additional surgical procedures.

The researchers concluded that when performed in a specialized center, prostate surgeries and interventions in patients with mild hemophilia are feasible and have acceptable morbidity. 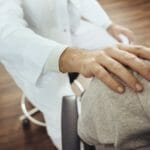 Emicizumab May Improve Outcomes for Acquired Hemophilia A