Children with hemophilia have a low bone mineral density (BMD), which correlates with arthropathy, according to a new study published in the Pediatric Hematology Oncology Journal. Prophylactic treatment markedly decreased hemarthrosis and immobilization compared to on-demand treatment, and therefore delayed the progression of bone mineral loss and improved BMD.

A reduction in BMD can cause osteoporosis, a chronic progressive bone disease. With the life expectancy of people with hemophilia increasing due to better care, the incidence of osteoporosis in these patients is also on the rise.

Here, a team of researchers from India assessed the correlation between BMD and hemophilic arthropathy and evaluated the effects of different types of factor replacement therapy on BMD in children with hemophilia.

They analyzed 39 children with hemophilia who were treated with either prophylaxis or on-demand treatment, as well as 40 healthy controls. They measured the total range of motion score and the BMD of the participants at the start of the study and 6 months later.

They found that BMD and BMD Z-scores were significantly reduced in patients with hemophilia compared to children without the disease, and the prevalence of low BMD in children with hemophilia varied between 30.8% and 41%. There was a signiﬁcant correlation between the BMD Z-scores and episodes of joint bleeds, number of target joints, and total joint range of motion scores.

The researchers concluded that children with hemophilia are more prone to develop low mineral density than children without the disease and that prophylaxis is better than on-demand therapy in reducing hemophilic arthropathy and delaying the progression of bone mineral loss. 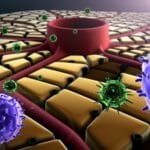