Researchers have discovered that long-term exposure (>5 years) to the drug turoctocog alfa pegol (N8-GP) resulted in a hemostatic protective effect in patients with severe hemophilia A, according to a study published in Haemophilia.

N8-GP has an extended half-life (EHL) recombinant factor VIII (FVIII) for the purpose of prophylaxis in patients with severe hemophilia A. The drug caused a reduction in bleeding frequency and bleeding reoccurrence, as well as a stable FVIII trough level over time, according to the researchers.

“Prophylaxis with clotting factor concentrates remains a key treatment to prevent and manage bleeding in patients with severe hemophilia A,” the authors wrote. EHL recombinant VIII drugs, like the one used in this study, offer hemophiliac patients the prospects of reduced injection frequency while achieving low annualized bleeding rates (ABRs).

Most EHL drugs possess a specified range of doses and infusion frequencies that potentially can be adjusted according to the needs of the individual patient, meaning that these drugs are a step closer towards personalized medicine in hemophilia treatment, the authors said.

For the pathfinder 2 trial, 117 out of 136 patients with study drug exposure of ≥600 days experienced bleeding episodes (8.6% of them were reoccurring bleeds). However, for patients who consistently received N8-GP once every 4 days:

The reduction in ABR and stabilization of FVIII trough level over time while being a fixed-dose regime demonstrated the incredible potential of this prophylactic hemophiliac drug, according to the authors. “These findings complement outcomes from the predictive modeling data mining exercise for N8-GP, which determined that assessment of clinical response during the initial treatment period with fixed-dose prophylaxis was a strong predictor of long-term ABR.” 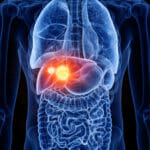