“Our findings support the need for comprehensive genotyping approaches in order to accurately detect the presence of multiple variants and structural variation,” researchers wrote in a report they published in the Journal of Thrombosis and Haemostasis.

MyLifeOurFuture is a US initiative to better understand hemophilia. For the project, 11,341 people who have the disease or are potential carriers of it were genotyped at 107 hemophilia treatment centers between 2013 and 2017.

The results showed genetic variants in most males, which included 1914 unique variants. Of these, 1482 were in the F8 gene and 431 were in the F9 gene. A total of the 744 variants were novel.

Read more about the epidemiology of hemophilia.

The authors concluded that the MyLifeOurFuture initiative contributed to the understanding of variation in the F8 and F9 genes and their impact on disease severity and inhibitor formation.

Hemophilia is a rare inherited hematological disease characterized by the deficiency of blood clotting factors. Hemophilia A is thought to affect around 1 in 4000 to 1 in 5000 live male births and is thought to be about 4 times more common than hemophilia B. 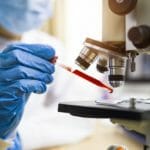