Researchers reported that the methylation of DNA in the promoter region of the von Willebrand Factor (VWF) gene is linked to an increased risk of unexplained recurrent hemophilia, as published in Contrast Media & Molecular Imaging.

Von Willebrand disease is caused by abnormally low levels of the clotting agent VWF, leading to various clinical manifestations of bleeding. The primary cause of von Willebrand disease is the mutation of the VWF gene; its detection often aids diagnosis. However, around half of the patients with this disease do not have known causes, hampering treatment and worsening outcomes.

DNA methylation is known to play a significant role in cell differentiation and embryo development and is thought to be a significant contributor to epigenetics. The authors of this study hence decided to investigate the relationship between the methylation of DNA in the promoter region of the VWF gene and the incidence of recurrent hemophilia of unknown etiology.

The researchers conducted a search of keywords related to this topic on academic search engines. They accepted studies that were randomized controlled trials conducted on patients who were diagnosed with hemophilia and had their serum VWF levels measured. The studies must also have explored the relationship between VWF levels and hemophilia.

From an initial total of 800 studies, a total of 12 were included in the final analysis. The research team discovered that the methylation rate of CpGq1 and CpG2 sites in the promoter region of the VWF gene was significantly associated with recurrent hemophilia of unknown etiology. It is still unknown whether demethylation can improve the bleeding index in these patients.

“DNA methylation in the promoter region of the vWF gene was significantly correlated with the risk of unexplained recurrent hemophilia, indicating that DNA methylation is involved in the occurrence and development of hemophilia,” Dong and colleagues concluded. 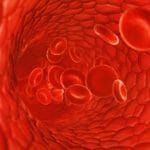