Researchers have discovered that the glycosylation of factor VIII (FVIII) protein plays a central role in the induction and regulation of anti-FVIII immune responses, according to a study published in Blood Advances.

One of the most pressing concerns of factor replacement therapy in hemophilia A is the formation of inhibitors that neutralize FVIII. Various theories have been proposed on why inhibitors form in only some patients with hemophilia A.

Recently, epidemiological studies have offered some clues. Scientists previously discovered that inhibitor risk is higher with the use of recombinant FVIII products, as opposed to plasma-derived FVIII. A hypothesis attempting to explain this phenomenon is glycosylation, as the glycan structures of each product differ based on their cell types of origin.

“Given the research suggesting the potential roles played by different types of glycans, we began to explore whether elimination of N-glycans . . . in the A and C domains of [B-domain deleted FVIII] would induce changes in the immune responses in a [hemophilia A] murine model when compared to [wild type B-domain deleted FVIII] in a gene therapy setting,” Kooi and colleagues wrote.

The researchers eliminated glycosylation on selected sites of plasma-derived FVIII via the gene transfer of plasmids in a group of hemophilia A murine models. They observed a significant reduction in immune response in some of these plasmid-treated mice compared to the control.

On the significance of their findings, the research team wrote, “These gene therapy treated mice provided us the opportunity to focus on examining the impact of glycosylation on FVIII immunogenicity.”

This study sheds new light on the complex factors at play in inhibitor formation. The findings suggest that gene therapy could play a role in solving the problem of inhibitor formation in some patients with hemophilia A receiving factor replacement therapy. 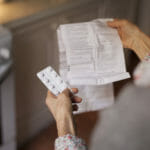 Biases Found in Package Inserts for Hemophilia Medications in Brazil