Fibrosed spheres were formed in the body of a patient with hemophilia A who was treated with SIG-001 as part of the phase 1/2 clinical trial called SIG-001-121, as reported in a press release by Sigilon.

The spheres were implanted in the patient as part of the trial and have fibrosed, which caused cells within them to be no longer viable.

“Patients’ safety and welfare are our highest priority. We are gathering information in order to understand these observations,” Rogerio Vivaldi, MD, president and chief executive officer of Sigilon said.

“We will be working closely with the [US Food and Drug Administration], other regulators, and advisors to determine the impact of these observations on our programs.”

For now, investigators will follow all 3 patients in the trial while the fibrosed spheres are being investigated. The trial was placed on hold in July 2021 due to a serious adverse event in 1 patient relating to the development of inhibitors against factor VIII.

SIG-001 is Sigilon’s lead product candidate that could potentially prevent bleeding episodes in patients with moderately severe or severe hemophilia A. It consists of spheres that continuously secrete human factor VIII, which is the blood clotting factor that is deficient in patients with hemophilia A.

SIG-001-121 was the first-in-human, multicenter, open-label, dose-escalation trial to investigate the safety, tolerability, and efficacy of SIG-001 in adult patients with hemophilia A. The trial started on September 28, 2020, and was aiming to enroll 18 participants. However, enrollment was halted due to the reported adverse event.

The trial was originally estimated to be completed in September 2026. Sigilon Safety Review Committee for SIG-001 will review the status of the company’s clinical hold investigation at its next meeting, which will take place this month. 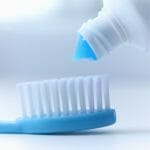 Dental Care Can Reduce Morbidity Risks for Children With Hemophilia