Swedish researchers reported that patients with hemophilia B, 13 years of age or more, who switched from prophylactic standard half-life (SHL) factor IX (FIX) to extended half-life (EHL) recombinant FIX Fc fusion protein (rFIXFc) have reduced factor consumption and injection frequency, but with a comparable or increased level on bleeding protection, according to a letter to the editor published in Haemophilia.

The mainstay treatment for hemophilia B remains FIX replacement therapy. The most commonly used products for this form of therapy are SHL FIX, which require frequent injections, especially for patients with severe disease. EHL products were introduced in Europe just a few years ago for the treatment of patients with hemophilia B; their main advantage is that they offer bleeding protection for a longer period of time compared to SHL products.

One such product is eftrenonacog alfa, a rFIXFc. Along with nonacog beta pegol, it is one of 2 EHL FIX products that has received reimbursement approval in Sweden. Both therapies were recommended by the Swedish Dental and Pharmaceutical Benefits Agency in 2018.

The authors of this study sought to characterize the outcome of using EHL rFIXFc products in patients with hemophilia B aged 13 years and older. They analyzed data obtained from the Swedish National Registry for bleeding disorders, a database developed in 2012 and includes data of almost 2000 Swedish patients as of 2021.

The researchers found 102 patients with moderate-to-severe hemophilia B in the Swedish National Registry with available data of being on either SHL FIX (n=64) or EHL rFIXFc (n=38) for 6 months or more. A total of  66.7% of patients received individualized treatment across both SHL FIX (n=33) and EHL rFIXFc (n=35); the remaining received on-demand therapy (SHL FIX [n=16], EHL rFIXFc [n=4], missing data [n=15]).

“Reduced treatment burden has been identified as the most common reason for switching from SHL FIX to EHL rFIXFc according to [hemophilia B] patients,” the authors of the study wrote. 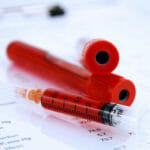