Patients with hemophilia B do not currently have gene therapy as an option for treatment. Nonetheless, the US Food and Drug Administration (FDA) has accepted the biologics license application for etranacogene dezaparvovec for priority review, according to a CSL Behring press release.

Etranacogene dezaparvovec, also called CSL222, is an investigational gene therapy aiming to treat patients with hemophilia B. The main goal of this therapy is to recover blood-clotting ability to near-normal levels; this recovery occurs by directly addressing the genetic impairment causing factor IX deficiency.

“Etranacogene dezaparvovec has been shown in clinical trials to significantly reduce the rate of annual bleeds in people with hemophilia B after a single one-time infusion, and if approved, would be the first ever gene therapy treatment option for the hemophilia B community,” according to the press release.

Etranacogene dezaparvovec uses adeno-associated virus type 5 (AAV5) vectors to transport a Padua gene variant of factor IX, which leads to factor IX being 5 to 8 times more active. The gene therapy may even be effective in patients with previous antibodies against AAV vectors, improving patient eligibility for treatment.

The study that backed the license application was the HOPE-B trial, a phase 3, multinational, open-label, single-arm study, which included 54 patients with hemophilia B who required prophylactic replacement therapy. The presence of antibodies against AAV5 vectors was not an exclusion criterion.

Fifty-three patients completed at least 18 months of follow-up. The main point of the study was to determine the annual bleeding rate of patients administered etranacogene dezaparvovec after inducing stable factor IX expression; consequently, to guarantee a stable factor IX transgene expression, the annual bleeding rate was measured from month 7 to 18 after infusion.

Patients with hemophilia B receiving the gene therapy showed that adjusted annualized bleeding rate decreased by nearly two-thirds and that it was superior to prophylactic treatment at 18 months post-treatment compared to the 6-month run-in period (P =.0002). Importantly, 98% of the patients administered a full gene therapy dose did not require further prophylaxis, with a 97% reduction in mean unadjusted annualized factor IX consumption.

Priority review is a big step for the approval of this gene therapy, as it can reduce the time required for the FDA to take action from 10 to 6 months. The authors suggest that this is beneficial because of the possible improvement of hemophilia B patients’ lives. 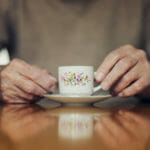