A new study analyzed the topographical and severity distribution of misfolded transthyretin (TTR) deposition in patients with hereditary transthyretin amyloidosis (hATTR) to explore whether there is a sequence of TTR deposition in the central nervous system (CNS).

They published their findings, which can be useful in understanding the pathogenic mechanisms of the disease in the journal Acta Neuropathologica.

The prevalence, pathophysiology, and progression of hATTR in the CNS are not clear. Here, the researchers analyzed 16 patients, aged 27 to 69 years. The mean disease duration was 10.9 years.

They found that CNS pathology became involved early in the disease course in patients with the V30M mutation, “probably starting in pre-symptomatic phases,” after which it follows a distinct sequence with leptomeninges and subarachnoid meningeal vessels being affected first. This is then followed by perforating cortical vessels and subpial deposition. The deposits then reach the subependymal and basal ganglia vessels near the ependymal lining.

In addition, the researchers reported that TTR deposits are also seen in the brainstem and spinal cord early in the disease but that no deposits are seen outside subpial or subependymal regions even though there is massive superficial TTR deposition.

They said that these findings should be confirmed in future studies involving more patients from different populations and TTR mutations.

hATTR is a rare genetic disease characterized by the accumulation of TTR deposits in different organs, including the heart, eyes, gastrointestinal tract, kidneys, and peripheral nervous system. TTR deposition in the brain and spinal cord is less common.

In most cases, the disease is caused by an inherited mutation in the TTR gene that interferes with the production and proper folding of the TTR protein. In rare cases, hATTR can be caused by a sporadic de novo mutation. 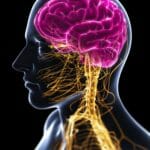