A new study has identified Glu89Lys, also known as p.Glu109Lys, to be a variant of the transthyretin (TTR) gene that can cause hereditary transthyretin amyloidosis (hATTR). The study, published in Amyloid, found the Glu89Lys hATTR variant in Spain and observed a founder effect.

“The first case of [hATTR] due to the p.Glu109Lys variant was reported in 2000 by Nakamura et al and, since then, only 11 additional cases have been described worldwide as isolated case reports,” the authors wrote.

“Two recent studies have suggested that p.Glu109Lys could be a particularly frequent TTR variant in Spain, but there are no cohorts describing the clinical course and prognosis of patients carrying this particular variant.”

The research team contacted the major Spanish centers seeing patients with hATTR to recruit for this study. Thirty-eight participants with the p.Glu109Lys TTR variant from 14 families were followed between 2003 and 2021. Data were obtained from medical records and included demographics, family history, signs and symptoms, phenotypic expression, complementary tests, treatments, and clinical events.

At one of the centers, a haplotype analysis was conducted on 1 member from each of the 7 families. The analysis revealed a shared origin of the variant, leading to the suspicion of a common ancestor approximately 500 years ago and therefore a founder effect.

The results of the data analysis revealed that patients with Glu89Lys hATTR have a poor prognosis and rarely survive past the age of 65 years. Cardiac and neurologic phenotypes are common, and ophthalmologic complications occur in some individuals. Patients on disease-modifying therapies had increased survival compared to those who did not receive such treatment.

The authors hope that recognizing this variant as endemic in Spain will increase awareness and suspicion of the possibility of Glu89Lys hATTR in patients in this region who have unexplained neuropathy or cardiomyopathy. 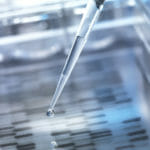 Prevalence of the hATTR-Causing p.Val142Ile TTR Gene Variant May Be Underestimated