In patients with hereditary angioedema (HAE), real-world evidence has demonstrated the safety and efficacy of prophylactic treatment with the oral plasma kallikrein inhibitor berotralstat, according to the results of a mixed-effects model analysis conducted in the United Kingdom and published in Allergy.

Berotralstat became available for the routine prevention of HAE type 1 and type 2 attacks in November 2020 in the United Kingdom. In the current analysis, the researchers sought to evaluate real-world clinical outcomes associated with its use. They sent out a survey designed to obtain information on an estimated 100 British patients who were receiving treatment with berotralstat (150 mg/day).

Fifty-four responses from 12 UK centers were acquired. Information collected involved treatment-associated adverse events (AEs), frequency of HAE attacks, and disease severity. The questionnaire was designed to be completed 3 months prior to initiation of berotralstat, then repeated at 3- and 6-month intervals. Included in participants’ responses were the results of the Angioedema Control Test (AECT)—a validated tool for patient-reported outcome measures.

Overall, 59.3% (32 of 54) of the participants had been receiving prophylaxis prior to initiating berotralstat, with 16 on attenuated androgens, 12 on tranexamic acid (TA), 2 on both attenuated androgens and TA, and 2 on C1 inhibitor concentrate. Eight individuals had an overlap between previous prophylactic therapy and the initiation of berotralstat.

Learn more about therapies for HAE

Results of the study showed statistically significant reductions in the number of attacks over 6 months during treatment compared with 3 months prior to berotralstat initiation (6.21±7.07 attacks for months 1 to 3 of treatment and 4.54±5.49 attacks for months 4 to 6 of treatment vs 12.91±7.94 attacks during the 3 months prior to treatment;
P <.0001). These findings were associated with 51.9% and 64.9% reductions in months 1 to 3 and months 4 to 6, respectively.

Overall, 40.7% (22 of 54) of the participants experienced abdominal AEs (ie, nausea, vomiting, diarrhea, cramps), and 3 participants reported headaches while being treated with berotralstat. Among those who continued berotralstat treatment, symptoms were either mild or had resolved by the 6-month survey.

The authors concluded, “Further studies are needed to evaluate long term outcomes, and requirement for monitoring blood tests when initiating berotralstat and discontinuing other prophylactic medications.” 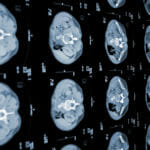 Case Report: Bowel Obstruction Secondary to Internal Hernia in a Patient With HAE