Treatment with berotralstat (Orladeyo®) allowed for a rapid and sustained reduction of hereditary angioedema (HAE) attacks, according to new real-world data.

“These data are particularly exciting because, consistent with our long-term clinical program data, they show that patients on Orladeyo sustain, and even improve, attack control the longer they are on therapy,” Ryan Arnold, MD, chief medical officer of BioCryst Pharmaceuticals, said in a press release. “It is notable that this real-world evidence suggests that people living with HAE can maintain or improve control of their disease on Orladeyo, regardless of prior treatment history.”

After initiating berotralstat, the reduction in median attack rate from baseline over the 360-day treatment period was more than 60% in patients who received prior prophylactic therapies (lanadelumab, 77%; intravenous C1 esterase inhibitor [C1-INH], 72%; danazol, 70%; and subcutaneous C1-INH, 64%). The median attack rate decreased from 1.67 attacks per month at baseline to 0.33 attacks per month in days 1 to 90 and was sustained throughout the 360-day treatment period. Moreover, the incidence of adverse events was lower than that reported in clinical trials.

Long-term prophylaxis with berotralstat over a 270-day treatment period also showed a sustained reduction in HAE attacks, regardless of baseline rate. Furthermore, the incidence of adverse events was consistent with that reported in clinical trials.

According to William R. Lumry, MD, clinical professor of internal medicine at the University of Texas Southwestern Medical School in Dallas, “every HAE patient has a unique experience with their therapy, and these data demonstrate that Orladeyo can be a very effective treatment option for patients regardless of their reported prior attack rates or prophylactic therapy history.” He added, “The sustained, long-term attack rate reductions we are seeing illustrate the durability of this efficacy for patients who are looking to improve control over their HAE by switching to a therapy with a less burdensome route of administration than subcutaneous or intravenous prophylactic therapies.”

The efficacy of oral, once-daily berotralstat treatment (110 or 150 mg) was assessed in patients aged 12 years and above with type 1 or type 2 HAE.

The data were presented at the 2022 Annual Scientific Meeting of the American College of Allergy, Asthma & Immunology (ACAAI) in Louisville, Kentucky, from November 10 to 14, 2022. 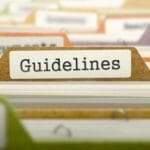