Researchers presented the case study of a patient with hereditary angioedema who experienced bowel obstruction secondary to an internal hernia in the International Journal of Emergency Medicine.

Studies indicate that patients with hereditary angioedema are particularly vulnerable to gastrointestinal attacks. With the introduction of C1-esterase inhibitors, other older, invasive treatments, such as air-contrast enema and abdominal surgery, have fallen out of favor.

An 80-year-old woman with a history of hereditary angioedema, angina, and a cerebral infarction presented to the emergency department due to severe pain in her left lower abdomen. In addition, she spoke about having a 1-day history of abdominal pain, nausea, and vomiting.

“Although she had experienced multiple [hereditary angioedema] gastrointestinal attacks throughout her lifetime, they were all self-limited without administration of C1-inhibitor] concentrate,” the authors of the study wrote.

Upon examination of the patient’s abdomen, physicians noted that it was soft, nondistended with tenderness, and with rebound in the left lower quadrant. Although the patient described the pain as being similar to her other episodes, her history of angina and cerebral infarction suggested that vascular risks such as mesenteric ischemia, mesenteric embolism, and ischemic eternities could not be overlooked.

The most prominent features of this patient’s blood investigations were that white cell count was 17.4 x 105/μL and lactate concentration was 2.0 mmol/L. Additional tests revealed a serum C4 level of 6 mg/dL, as well as C1-inhibitor activity as low as 15%. Computed tomography (CT) revealed edema of the stomach and mechanical obstruction of the proximal small bowel with mild ascites.

“She had no abdominal distention, previous abdominal surgeries, obstipation or free air, suggesting that the [hereditary angioedema] attack possibly caused the obstruction,” the authors of the study wrote.

As per guidelines, this patient was first administered 1000 IU of C1-inhibitor concentrate. The patient recovered less quickly than expected, and a follow-up CT scan revealed bloody ascites, a hernial orifice formed by the transverse colon and sigmoid colon omental appendices, with the small bowel incarcerated. By liganding the hernial bland, instantaneous blood flow improvement was restored to the bowel, eliminating the need for bowel resection.

The patient was next admitted into the intensive care unit postoperatively due to the risk of laryngeal edema postextubation. However, the patient was successfully extubated and moved instead to the general ward. On day 7, she was discharged with no apparent complications.

“[Hereditary angioedema] attacks often mimic other abdominal conditions, and unneeded procedures can be avoided by administering appropriate medication,” the authors of the study concluded. “Physicians need to be aware that abdominal pain from [hereditary angioedema] attacks that does not resolve with [C1-inhibitor] concentrate may have an underlying condition, including surgical emergencies.” 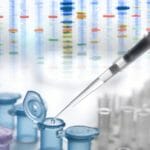