Laparoscopic surgery is a minimally invasive and potentially useful way to remove gastrointestinal stromal tumors (GISTs) arising outside of the gastrointestinal tract, according to a case study published in the International Journal of Surgery Case Reports.

“Ruptured extragastrointestinal stromal [tumors] (EGIST) are rare; therefore, there are no standard guidelines for its treatment. Herein, we report the successful laparoscopic resection of a ruptured EGIST,” the authors said.

In the study, a 59-year-old male presented with severe left lateral abdominal pain. An accumulation of ascites fluid, which was suspected to be an intraabdominal hemorrhage, was detected on contrast-enhanced computed tomography (CECT) scans. The CECT scans also revealed an intraperitoneal mass between the stomach and spleen.

Blood transfusion was contraindicated for the patient due to their religious beliefs so endovascular treatment to control the hemorrhage was performed, followed by laparoscopic surgery. During surgery, a hematoma-covered mass was found on the anterior surface of the greater omentum and was easily resected and detached.

The authors highlighted that laparoscopic surgery of a ruptured EGIST involves difficult techniques and recommended that the procedure only be performed by a skilled endoscopic surgeon.

The tumor was mobile, elastic, and soft and histopathology revealed enlarged nuclei with increased levels of chromatin as well as tumor cells with a spindle shape containing eosinophilic endoplasmic reticulum. Immunoreactivity of histological samples revealed the cells were positive for c-kit and CD34 but negative for SMA and S100.

Based on the histopathological results, the tumor was classified as EGIST because it met the requirements of having no continuity with the gastrointestinal tract and not being a metastasis from other GISTs. The tumor was also categorized as high-risk according to the modified Fletcher classification based on a mitotic count of 2/50 high-power field (HPF).

After surgery, the patient had no progression of anemia and was discharged on the 14th day of hospitalization. The patient was treated with 400 mg/day of imatinib to prevent a recurrence. No apparent recurrence was observed on follow-up CT 1 year after surgery. 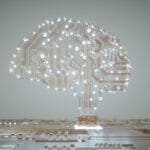