Genetic mutations present in gastrointestinal stromal tumors (GISTs) may be related to each patient’s immune system status, according to a study recently published in Cancers.

“Looking forward, these variables related to the underlying tumoral microenvironment in GIST, though limited to still-ongoing trials, might lead to the potential use of immunotherapy, alone or in combination with targeted therapy, in advanced TKI-refractory GISTs,” the authors wrote.

This review analyzed the findings and opinions of 85 different publications regarding the potential relationship between GISTs and the immune system.

The authors hypothesized that an interaction between those 2 entities could influence the mutational status, a feature that markedly affects clinical outcomes. Hence, understanding the causes of such heterogeneity among patients with GIST could open new options for treating and managing this disease.

Previous research indicates that 3 different immune-related characteristics could associate with the prognosis and response to treatment. These factors create the tumor microenvironment and include tumor-associated macrophages, lymphocytes, and stromal differentiation.

Furthermore, the expression of some immunological mediators that act as checkpoints also correlates to some extent to the outcome. For example, the programmed death-ligand 1 (PD-L1), programmed death 1 (PD-1), and cytotoxic T-lymphocyte-associated protein 4 (CTLA-4) molecules have recently been identified as potential biomarkers for prognosis. Based on the same findings, some articles have suggested immunotherapy targeting such checkpoints by inhibiting them as possible treatment options for GISTs.

These findings represent important progress on the follow-up, management, and possibly even definitive treatment of patients with GIST, as this neoplasm characterizes by having multiple mutational profiles and yet showcasing very variable clinical progression among individuals with the same genetic variations on the KIT or PDGFRA genes.

“Therefore, deciphering the key activities of tumoral microenvironment components, and how they are influenced by each other, may be the answer to clinical heterogeneity in GIST, going further than the known paradigm model of oncogene addiction,” the authors concluded. 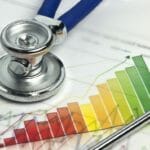 Patient Forums May Be a Beneficial Source of GIST Health Data, But Warrant Caution